The Winter of Comerica's Discontent

Tuesday evening, thanks to the desperation thoughtful generosity of Scott from TigerSnark, I got to attend an event at Comerica Park.  Scott wrote a fictional account of the evening here, so I figured I'd better counter with a realistic look at what went down.

Scott texted me Tuesday begging that I accompany him to the park, promising that I'd get a personal tour of Comerica from Magglio Ordoñez himself.  How could I refuse an opportunity to meet one of my all time Tigers?  I could put up with Scott's odious presence for a couple hours if it meant meeting the great Magglio.  I've always wanted to thank him for the baseball memories that are forever imprinted on my otherwise grinchy heart.

Scott did get one thing right.  Comerica is a shambles.  The field, while scraped of snow, looks like the frozen Siberian tundra.  How is sod going to go down on St. Paddy's day?????  Just look at it.  Heather Nabozny has probably suffered a nervous breakdown and is now muttering incoherently to herself in the dark recesses of the park's bowels. 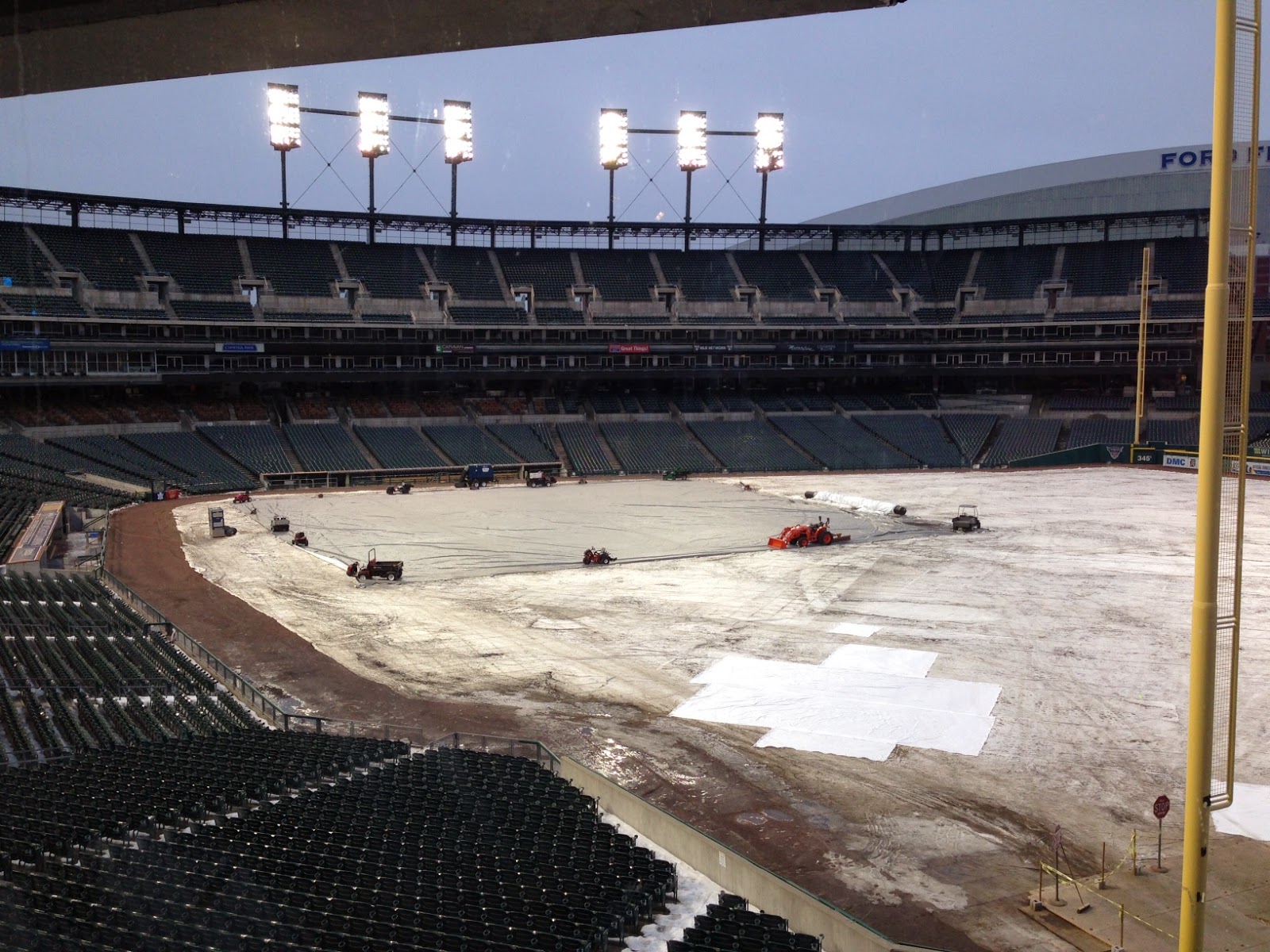 This is the view from the broadcast booth.  Notice that I had no trouble getting a decent shot.  There were no drunken idiots knocking Scott's elbow.  He just sucks at taking pictures.  Anyway, I swear, you could hear Ernie reciting the Voice of the Turtle.  It was mighty dusty in there.  Strange. 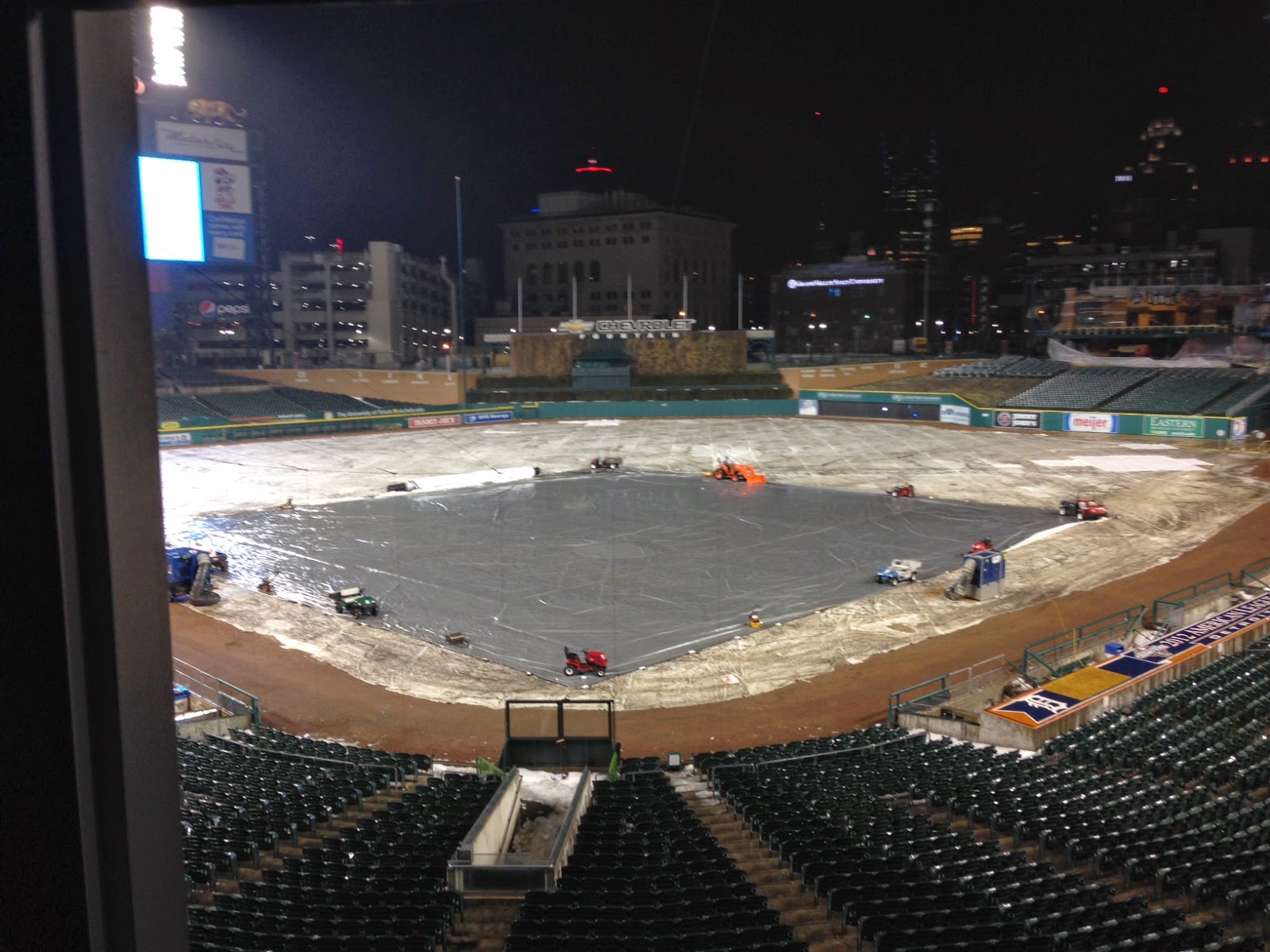 However,  1984 World Series team member Dave Rozema was there, and he was friendly, not fresh (no, he did not grab my derriere), making jokes with everyone, taking time for all comers, signing 20,000 photos of himself, and generally being the life of the party.  Um, I am not 4'6".  Dave is at least 6'5".  Really.  There is no photo of Scott with Dave, because Scott is a ghost, and his image does not show up in photographs. 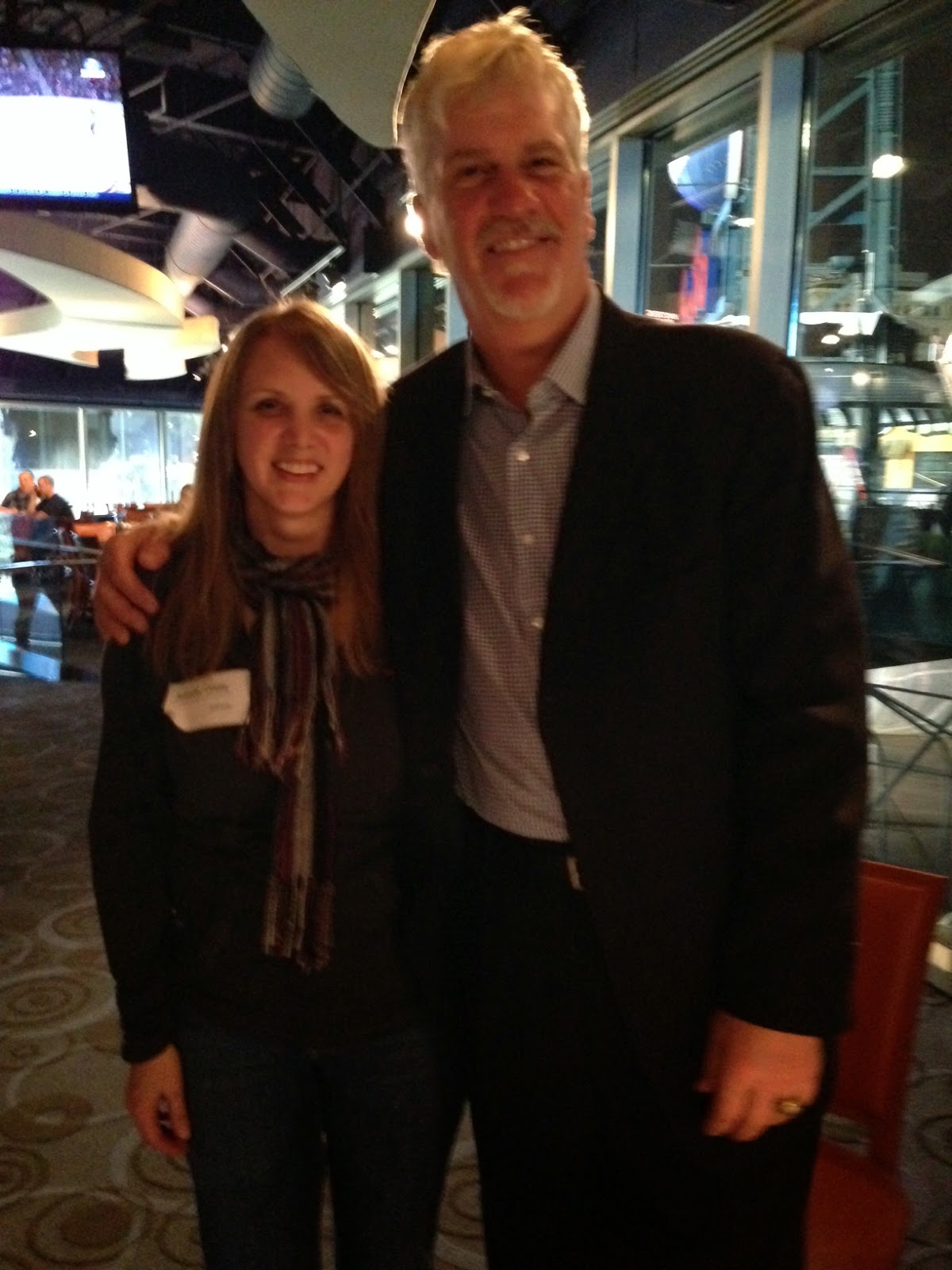 Paws really did sit down next to me at the Blackjack table and I froze up until he left, because MASCOTS ARE CREEPY AND I WAS TERRIFIED.  Mascots need to be abolished from the sporting world.  From all worlds really.  A lot of problems could be solved if mascots were no more.

Now, could we please just fast forward through the rest of this scourge of a winter and get to what will certainly be a sub-30 degree Opening Day?  Play Ball!
Posted by OldEnglishD at 9:39 PM