Well, not exactly "does" Lakeland. More like blows in and out of town. I was staying on Anna Maria Island, almost an hour and a half away. We had four kids in our group and almost had mutiny on our hands trying to tear the kids away from the ocean and the pool to go to the game. Consequently, I missed all the pre-game warmups and whatnot, which are kind of important at Spring Training games....sigh.
Roy Halladay started for the Phils, and it was great to see him. He did not have it all together (thankfully, as we scored our three runs off him in the second inning). The best part of seeing him was not his pitching, however. You may be aware that he legged out an infield hit! off Ni. It was most AMAZING to behold. First, it was great that the Phils went without the DH because Halladay needed to get some batting reps in. Then Halladay gets the infield single. I swear, our whole section was giddy and giggly with delight when that happened. There were a lot of Phillies fans at the game, as the Phils play in Clearwater, not that far away, and I saw at the Tampa airport that there was some kind of Phillies group tour thing going on that weekend, so they probably hit a bunch of stadiums. Sadly, Polanco did not play due to the tweaked knee, but Phils fans assured me that he is adjusting well to third base. Best of all the best to you, Placido!
Anyway, Ni pitched well, Bonine pitched well, Ramon Santiago hit a triple, Carlos Guillen made a sliding catch in left, the weather was glorious. I could go on, but I'll let a few snapshots do the talking. Look how crowded the berm was. I just saw that the crowd was the fourth largest ever for a Spring game at Joker Marchant. 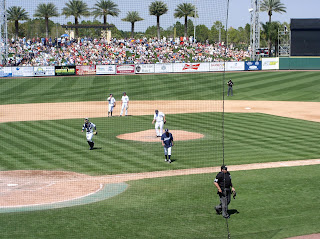 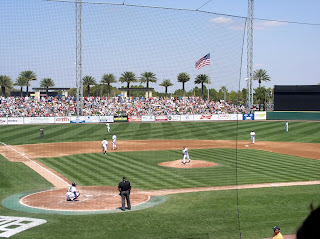 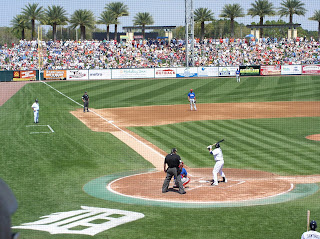 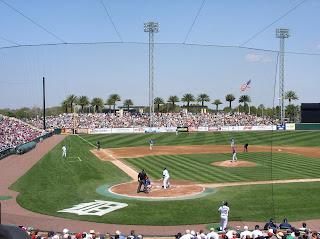 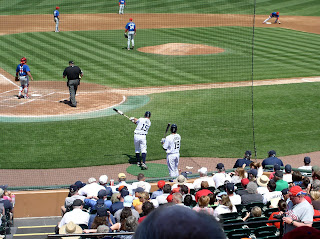 I just have to point out on an unrelated note, that Luke Scott, noted Tiger killer, got attacked by some seagulls! This is just too good to be true. But, the photo evidence does not lie...unless it was photoshopped. Oh well. I take it at face value. You should too. Enjoy!
Posted by OldEnglishD at 4:19 PM

I'm glad you had an opportunity to see a game while you were there. I love the pictures - especially Luke Scott getting hammered by the birds!
-Skip
http://deetowntigers.com/

Hi. Nice Try. Keep it up.
I also request you to visit my blog:
Notebooks Examined